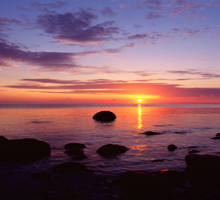 These FAQs cover many of the issues that test users and those considering using tests and other assessments often ask. If there are any other questions you would like answered or added to this list, please get in touch with us through our contact page.

What is a psychometric test? The word 'psychometric' is formed from two words; 'psycho' meaning mind and 'metric' to measure. Psychometric tests therefore measure aspects of the human mind, most commonly aspects such ability, knowledge, personality, motivation and interests. There are also tests that measure things such as hand-eye co-ordination and physical dexterity. These are classified as 'psychometric' tests, even though they do not strictly fit the definition of measuring aspects of the mind.

Why should I use psychometric tests? There is no simple answer to this question, as it depends on each user’s specific circumstances. Psychometric tests will not be right for everyone. If you have recruitment issues such as not always identifying the right people for the job, a lack of skills or certain qualities in your organisation or simply need help in filtering down large numbers of applicants, then tests or other assessments are likely to be useful. Psychometrics can also play a part in areas such as individual and team development, spotting employees with high potential and developing talent pools.

Do tests work? Another difficult one to answer, through most of the evidence we have says ‘yes’. In fact, when used appropriately, psychometric tests are the single best predictors of job performance and success on job-related training courses. This evidence is based on extensive research now spanning almost 100 years, and should lead anyone involved in selection who is not currently using tests to at least consider their potential.

What about other types of assessment? For recruitment, application forms or CVs and interviews are the most commonly used forms of assessment. References are also often used, but their usefulness for checking anything but the basic information about a candidate is very limited. Assessment exercises are another increasingly widely used method, and are favoured by some as they assess the actual behaviour of candidates in job-relevant situations.

I have heard that psychometric tests are biased. Research shows that psychometric tests are one of the fairest and most effective types of assessment, providing they have been well developed by a reputable test publisher. However, using tests can result in bias if they are not used appropriately (e.g. the abilities assessed by the test are not central to the role they are being used for) and so tests need to be carefully selected after a thorough role analysis has been conducted.

How can I start using psychometric tests? Most test publishers in the UK adhere to the British Psychological Society’s (BPS) guidelines on training, meaning that to purchase and start using tests you will need to be trained by an approved trainer. The BPS has two levels of qualification: Level A which covers the use of aptitude and ability tests and Level B which covers the use of personality questionnaires. Realise Potential offers the Level A training and has associates who offer Level B. Alternatively, Realise Potential has highly experienced consultants who can work with you to provide testing and assessment support.

How do I know if the test I am using is the right one? The most important point is to fully analyse your assessment requirements - what information do you need to know and how will it be used? You should then select the tests that will give you the most appropriate information in a form that will be suited to your needs. As we are not a test publisher, Realise Potential can give you impartial advice on the best tests and other assessment methods for use in selection and development.

What is the difference between tests of ability and tests of personality? Ability tests (sometimes referred to as 'capability' or 'aptitude' tests) measure a person’s ability to deal with different types of information and use this information to solve problems or complete simple tasks. Examples of these types of test include verbal, numerical and abstract (non-verbal, diagrammatic) reasoning, checking, filing and spatial tests. These tests are usually strictly timed (respondents may not answer all of the questions in the time allowed) and they have right and wrong answers. Personality questionnaires (strictly speaking we do not 'test' personality) usually ask about preferences or styles, giving a general indication of the respondent’s behaviour in areas such as interpersonal relationships, thinking styles and how they deal with pressure. Personality questionnaires can be thought of as assessing 'how' people do things, compared with ability tests that assess ‘how well’ they do them.

What are Situational Judgement Tests? Situational Judgement Tests or SJTs are a fairly recent type of test, and have become increasingly popular as a selection and development tool over the past few years. SJTs aim to assess a respondent’s approach to situations they are likely to encounter when working in an organisation. SJTs typically present respondents with a short description or scenario containing an issue that needs to be dealt with (the 'situation'). This is followed by various ways in which the respondent could approach the situation, and they are asked to indicate which of these are likely to be most effective or how effective they perceive each option to be (the 'judgement'). These types of test have a high degree of ‘face validity’, that is the scenarios look like real organisational issues (e.g. dealing with team conflict, prioritising, managing budgets), as opposed to traditional ability tests which may sometimes appear somewhat removed from actual job requirements. Evidence also shows that SJTs assess abilities that are fairly distinct from those assessed by more traditional ability tests, meaning that they can be a useful additional element in an assessment process.

Do I need to give feedback when I administer tests? Though it is often assumed that users have to give feedback to test takers, feedback is not a requirement. It is, however, always considered best practice to offer feedback. There are a number of reasons for this. First, feedback is recognised as an important part of the testing process and all good training emphasises the importance of offering feedback if best practice is to be complied with. Second, test takers often expect to be offered feedback, even if they choose not to take up the offer. If they are not offered feedback, this may create a negative impression of the organisation - something that can be very quickly spread through internet chatrooms and similar means. Third, when using assessments such as personality questionnaires, feedback is an integral part of the assessment process. This is because personality profiles give hypotheses about likely behaviour which need to be corroborated though interviews. In many cases exploration of the personality profile and feedback therefore go hand-in-hand. Fourth, if you hold information on test takers such as test results, they have a legal right of access to this under the Data Protection Act. Offering feedback is likely to significantly reduce the chances of a test taker later making a request for access to the information you hold on them.